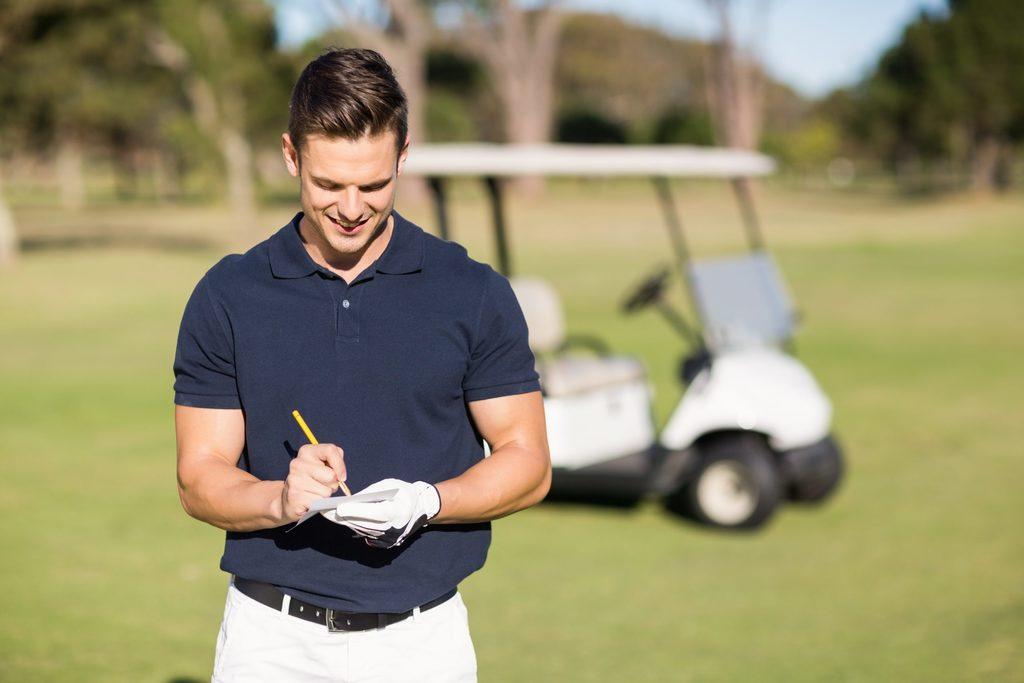 If you’re just getting started in the golfing world, the rules and equipment can be a little overwhelming. Golf is such a popular sport due to its precision, technique, and prospects for improvement – but it is also a social game, with many etiquette rules too. As a beginner, it is crucial that you get a good introduction to golf, being careful to stick to the rules and learning as you go along. In this article we will outline some of the basic rules, etiquette and FAQs of golfing for beginners! So pack your clubs, pull up your socks, and get right into the swing of all you need to know about golf.

What Are The Basic Principles of Golf?

Golf is a sport played on a green, otherwise known as a golf course or fairway. This is a specially laid out and landscaped area of grassland with different holes, designed for the golfers to aim at. Golfers play each hole in a certain order, making their way around the course. They aim to hit the golf ball into each prospective hole. Some require long-distance hitting, called ‘long drive,’ while others are short taps, known as ‘putts’. The golfer will score their play based on how many times they hit the ball to achieve putting it into the hole. Golf is a single player sport, but it is usually played in small groups, with each player taking their turn to play each hole.

How many clubs can you carry in your golf bag?

In US golfing rules, you are allowed to carry fourteen clubs in your golf bag. If a player exceeds this limit by carrying more than fourteen clubs, they will be penalised. This is not the only limit placed upon golfers; others include a five minute ball-search time. If you are playing with a friend and sharing clubs, the maximum number of clubs carried between the two of you is still fourteen! Be careful not to be caught out by this rule if you are new to golf!

Penalties in golf have a specific structure – read on for more!

So how do penalties in golf work? Penalties are given out when a golfing rule is broken, just like in any sport. Firstly, let’s take a look at how golf is scored, in order to understand how the penalty system operates.

When you score your play, you write down the number of strokes taken at each hole. This is also known as ‘par’. The ‘par’ is the number of strokes expected for an expert player to take at each hole, for example, a ‘par 3’ would be three strokes expected. This is not a limit of strokes, but rather a guideline which the score is then based upon. The stroke total is combined with the player’s handicap at the end of the game.

If you take three shots to hit a par 3, for example, this is known as being on par. However, if you achieve hitting the ball into the hole in fewer shots than the hole would expect, for example, two shots instead of three, this will lower your score. Remember, in golf, you want to score low, not high. Each stroke you take is added to your score, and totalled at the end. This means if you hit above par, such as taking four strokes for a par 3, your score will be higher – which is not good news in golf.

So how are penalties implemented? It’s simple, really – if a rule is broken, such as exceeding five minutes to search for a ball, or carrying more than fourteen clubs, a stroke or strokes are added to your total score. These are the rules for stroke play, as opposed to match play, in which your score is measured per hole, rather than overall. In match play, penalties are enforced usually by taking away a hole score altogether.

If you’re new to this sport, all the jargon can be very confusing. Here’s some useful terminology for when you’re on the fairway for the first time!

Golf is a sport originating from the United Kingdom, and is heavily bound with etiquette. Ensure that, as a new player, you take the example from more senior players and follow the etiquette closely. Big no-nos are talking while a fellow player is taking a shot; running on the golf course; ignoring or being rude to other golfers or taking an excessive amount of time to play. Rushing a fellow player is also considered to be against golf etiquette. It is a gentlemanly sport, and this tradition is very much still in practice.

To conclude; golf is an awesome sport which is enjoyed by so many people around the world. Use this helpful introduction to golf guide to help you get started with your new hobby!

What Is The Best Golf Cart Bag

What Is The Best Golf Bag

x
We use cookies for various purposes including analytics and personalized marketing. By continuing to use the service, you agree to our use of cookies.